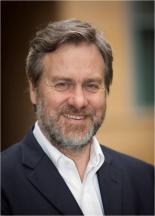 Professor Kiernan obtained his Ph.D. from Monash University, Australia, in 1983. He is the author of Blood and Soil: A World History of Genocide and Extermination from Sparta to Darfur (2007), which won the 2008 gold medal for the best work of history awarded by the Independent Publishers association, and the U.S. German Studies Association’s 2009 Sybil Halpern Milton Memorial Book Prize for the best book published in 2007-2008 dealing with Nazi Germany and the Holocaust in its broadest context, covering the fields of history, political science, and other social sciences, literature, art, and photography. In June 2009, the book’s German translation, Erde und Blut: Völkermord und Vernichtung von der Antike bis heute, won first place in Germany’s Nonfiction Book of the Month Prize Die Sachbücher des Monats, sponsored by Süddeutsche Zeitung and NDR Kultur.  Kiernan’s work is featured in Fifty Key Thinkers on the Holocaust and Genocide (2011) and in Southeast Asia: Essential Readings (2006, 2013). His other awards include the Critical Asian Studies Prize for 2002, and an Honourable Mention in the “One of a Kind” category of the Canadian National Magazine Awards, for his 2006 co-authored article “Bombs over Cambodia.” Kiernan was also the recipient of the 2018 Inspiring Yale Award for the Yale School of Graduate Studies – Humanities, “for being an inspiration to the Yale University student body in and out of the class room.” Graduate students in the Humanities selected him for the award, presented at the 4th annual Inspiring Yale event on April 11, 2018. Kiernan was the subject of a full-page feature article in the “Ideas” section of the Paris daily Le Monde, published on September 1, 2018, under the heading, “Le Cambodge dans la peau” (Cambodia under his skin).

His most recent book is Việt Nam: A History from Earliest Times to the Present (2017), which was selected for “Review of the Month” in the Australian Book Review in June-July of 2017. Foreign Affairs described the book as “pathbreaking not only in its chronological scope (from prehistory to the present) and the breadth of its sources but also in its thematic reach.” London’s Times Literary Supplement called it “excellent… Kiernan’s dispassionate recording of the behaviour of the regional powers – Champa, Cambodia, China, India – should help to make Viet Nam: A history from earliest times a durable work” (March 7, 2018). Australia’s Asian Studies Review (Sept. 2018) found the book “comprehensive yet readable” and predicted that it “is certain to become a classic in Vietnamese studies.” Reviewer Michael Vann added: “Kiernan’s repeated discussion of Vietnamese history’s relationship to water is perhaps his most original contribution… He is a gifted writer and his prose is engaging.” In the U.S. Journal of Asian Studies (Feb. 2019), C. Michele Thompson cited the book’s “clear, well-written overview of the major individuals, families, social groups, institutions, and states of the north,” while noting that “information on the ‘other’ peoples of Vietnam—their political entities, their relations with the dynasties of the north, and elements of their culture and religion that became incorporated into mainstream Việt culture—is presented in every single chapter … This is the most unusual and the most original contribution of this book.”

Kiernan is also the author of How Pol Pot Came to Power: Colonialism, Nationalism, and Communism in Cambodia, 1930-1975 (1985, 2004), which was Asiaweek “Editor’s Pick of the Month”; Cambodia: The Eastern Zone Massacres (1986); The Pol Pot Regime: Race, Power and Genocide in Cambodia under the Khmer Rouge, 1975-1979 (1996, 2002, 2008), which is listed among The 100 Greatest Southeast Asian History and Politics Books (ListMuse); Le Génocide au Cambodge, 1975-1979: Race, idéologie, et pouvoir (1998); and Genocide and Resistance in Southeast Asia: Documentation, Denial and Justice in Cambodia and East Timor (2007). He is the co-author of Khmers Rouges ! Matériaux pour l’histoire du communisme au Cambodge (1981), Peasants and Politics in Kampuchea, 1942-1981 (1982), and Cambodge: Histoire et enjeux (1986), and has published numerous articles on Southeast Asia and the history of genocide. He is a member of the editorial board of Critical Asian Studies.

He was founding Director of the Cambodian Genocide Program (1994-99; 2001-present) and Convenor of the Yale East Timor Project (2000-02). Kiernan’s edited collection Conflict and Change in Cambodia, which won the 2002 Critical Asian Studies Prize, was republished as a book in 2006.  He is also the editor of Genocide and Democracy in Cambodia: The Khmer Rouge, the United Nations, and the International Community (1993), and Burchett: Reporting the Other Side of the World, 1939-1983 (1986), and co-editor of Political Violence in Southeast Asia since 1945: Case Studies from Six Countries (2021), Revolution and Its Aftermath in Kampuchea (1983), Pol Pot Plans the Future: Confidential Leadership Documents from Democratic Kampuchea, 1976-1977 (1988), and The Specter of Genocide: Mass Murder in Historical Perspective (2003).

In 1979, Kiernan completed his first paper on the subject of the Cambodian genocide, “Pol Pot and Kampuchea’s Eastern Zone: A Final Solution ?,” published in the Netherlands in 1980 as “Genocide in the Eastern Zone” (“Genocide in de Oostelijke Zone,” Vietnam Bulletin No. 16, June 25, 1980, pp. 20-22). During the 1980s he wrote further studies of Khmer Rouge crimes in Cambodia, including “Bureaucracy of Death: Documents from Inside Pol Pot’s Torture Machine,” New Statesman (London), May 2, 1980, pp. 669-676 (with C. Boua and A. Barnett); “Wild Chickens, Farm Chickens, and Cormorants: Kampuchea’s Eastern Zone under Pol Pot,” in Revolution and Its Aftermath in Kampuchea, New Haven, 1983, pp. 136-211; “Kampuchea’s Ethnic Chinese Under Pol Pot: A Case of Systematic Social Discrimination,” Journal of Contemporary Asia 16:1, 1986, pp. 18-29; “Orphans of Genocide: The Cham Muslims of Kampuchea under Pol Pot,” Bulletin of Concerned Asian Scholars 20:4, 1988, pp. 2-33; “The Genocide in Cambodia, 1975-1979,” Bulletin of Concerned Asian Scholars 22:2, 1990, pp. 35-40; “Cambodian Genocide,” Far Eastern Economic Review, 1 March 1990, pp. 18-19; and “Genocidal Targeting: Two Groups of Victims in Pol Pot’s Cambodia,” in State Organized Terror: The Case of Violent Internal Repression, ed. P. T. Bushnell, et al., Boulder, Westview, 1991, pp. 207-226.
The 2009 UN Demographic Expert Report to the Extraordinary Chambers in the Courts of Cambodia, on the death toll under the Khmer Rouge regime, which was prepared by the chief demographer in the Office of the Prosecutor at the United Nations International Criminal Tribunal for the former Yugoslavia in The Hague, described Kiernan’s estimates of excess deaths in the Khmer Rouge period as “methodologically sound and transparent,” and concurred with his estimates of both the minimum national-level death toll under the Khmer Rouge regime and the specific tolls among Cambodia’s minority Cham Muslims, ethnic Chinese, Thai, Lao, and Vietnamese.

Ewing, Cindy. The Asian Unity Project: Human Rights, Third World Solidarity, and the United Nations, 1945-1955 (2018). Co-Winner of the Arthur and Mary Wright Prize for the best doctoral dissertation in non-Western History. Shortlisted for the 2019 International Convention of Asia Scholars Prize for the Best Humanities Dissertation. Winner of the International Studies Association’s Human Rights dissertation award for 2019.

Zakaria, Faizah. Sacral Ecologies of the North Sumatran Highlands: An Environmental History of Conversions, c.1800 to 1928 (2017). Co-Winner of the Arthur and Mary Wright Prize for the best doctoral dissertation in non-Western History. Shortlisted for the 2019 International Convention of Asia Scholars Prize for the Best Humanities Dissertation.

Lowey-Ball, ShawnaKim. Liquid Market, Solid State: The Rise and Demise of the Great Global Emporium at Malacca, 1400-1650 (2015). Winner of both the Arthur and Mary Wright Prize for the best doctoral dissertation in non-Western History, and the John Addison Porter Prize, open to all Yale students, for the best written work of scholarship in any field in which it is possible, through original effort, to gather and relate facts and/or principles and to make the product of general human interest.