Founded in January 1998, the Genocide Studies Program at Yale University’s MacMillan Center conducts research, seminars and conferences on comparative, interdisciplinary, and policy issues relating to the phenomenon of genocide, and has provided training to researchers from afflicted regions, including Cambodia, Rwanda, and East Timor. The GSP also maintains research projects on those catastrophes, on the Nazi Holocaust, the genocides in Bosnia and Darfur, and on colonial and indigenous genocides. The Program is an affiliate of the Yale Institute for Biospheric Studies and is sponsored by the Orville H. Schell, Jr. Center for International Human Rights at Yale Law School.

N.B. Students are welcome to use and cite the GSP website for research papers. However, GSP staff are unable to answer queries for high-school and undergraduate papers.

Yale University and the Genocide Studies Program acknowledge that indigenous peoples and nations, including Mohegan, Mashantucket Pequot, Eastern Pequot, Schaghticoke, Golden Hill Paugussett, Niantic, and the Quinnipiac and other Algonquian speaking peoples, have stewarded through generations the lands and waterways of what is now the state of Connecticut.  We honor and respect the enduring relationship that exists between these peoples and nations and this land.

END_OF_DOCUMENT_TOKEN_TO_BE_REPLACED 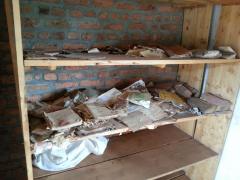