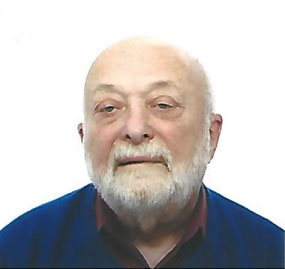 The Genocide Studies Program deeply mourns the passing of Dr. Dori Laub.  A co-founder of the Fortunoff Video Archive for Holocaust Testimonies and of the Genocide Studies Program, Dr. Laub served as the GSP’s deputy director.  His work with the Fortunoff Archive – in establishing the archive, in taping testimonies, and in analyzing the testimonies – changed the way we understand the trauma of Holocaust survivors.

Dr. Laub was a prolific scholar, authoring and co-authoring over 100 academic articles, as well as the book Testimony: crises of witnessing in literature, psychoanalysis, and history (with Shoshana Felman; Routledge, 1992).  He co-edited, with Andreas Hamburger, of the 2017 volume Psychoanalysis and holocaust testimony: unwanted memories of social trauma (Routledge).  He also maintained an active psychiatry practice and was an engaged member of the GSP community until the end of his life.

As Ben Kiernan, the A. Whitney Griswold Professor of History and the GSP’s founding director, told YaleNews, “[Dori] demonstrated an intense scholarly and human interest not only in the devastation wreaked by the Nazi Holocaust but also in the impact of many other genocides on their victims around the world. And he was a pre-eminent scholar of trauma who also fostered a multidisciplinary interest in the study of genocide through history, sociology, religion, anthropology, political science, law, medicine, and photography. He will be greatly missed by many colleagues and former students in a variety of fields.”

The complete YaleNews obituary can be found here: https://news.yale.edu/2018/06/29/dr-dori-laub-co-founder-fortunoff-video-archive