Home » News » "Before It's Too Late": The GSP releases report on the plight of the Yazidi, 5 years after the fall of Sinjar

“Before It’s Too Late”: The GSP releases report on the plight of the Yazidi, 5 years after the fall of Sinjar 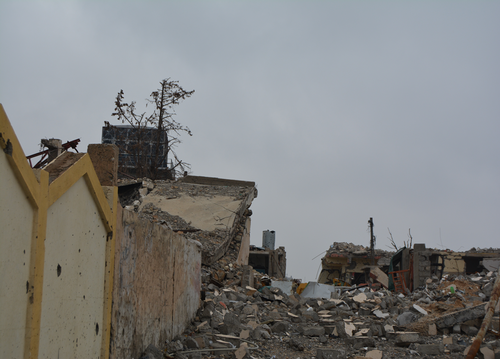 The Genocide Studies Program at Yale University has released “Before It’s Too Late,” a timely and important briefing that addresses the genocide of the Yazidis in Iraq and demonstrates the ongoing need to protect the ethnic and religious group from persecution.The report, authored by lawyers and scholars working with the Persecution Protection Project, details the extent of continued discrimination, vulnerability, and persecution threats confronting the Yazidi as the fifth anniversary of the onset of the genocide approaches.

“The atrocities committed against the Yazidis can never be undone, but it’s not too late to stop history repeating itself,” said one of the authors, Melinda Taylor. “The Persecution Prevention Project endeavors to document the facets of persecution experienced by Yazidis in their daily life in Iraq, along with the level of protection that is currently available to them, in order to assess the ongoing risk of genocide, persecution, and other mass atrocity crimes.”
David Simon, director of the Genocide Studies Program added “The analysis in this report paints a sobering picture of the challenges facing the Yazidi community today.  The Genocide Studies Program hopes that the report, and our website, will be helpful to all concerned parties — including scholars, journalists, policymakers, lawyers, and activists — and prompt concerted action to support the Yazidi people and end their persecution.”
As the fifth anniversary of the genocide approaches, the damage of the genocide against the Yazidi remains raw and deep, and the risk of continued persecution remains high, according to the report. Although ISIS has been officially defeated, not a single conspirator or perpetrator of the genocide has been brought to justice and hardly any have even been tried.
The report finds that even where ISIS has lost control in areas of Iraq, the genocidal ideology directed against Yazidis has not abated. Extremists claiming to adhere to ISIS’s ideology continue to threaten people in the region. Local communities that collaborated with ISIS in the violence against the Yazidi live on in the area with impunity. As Iraqi and Kurdish forces struggle with one another for access and control in the area around Sinjar, neither has demonstrated a commitment to prioritizing the security of the Yazidis.
The report can be view here.